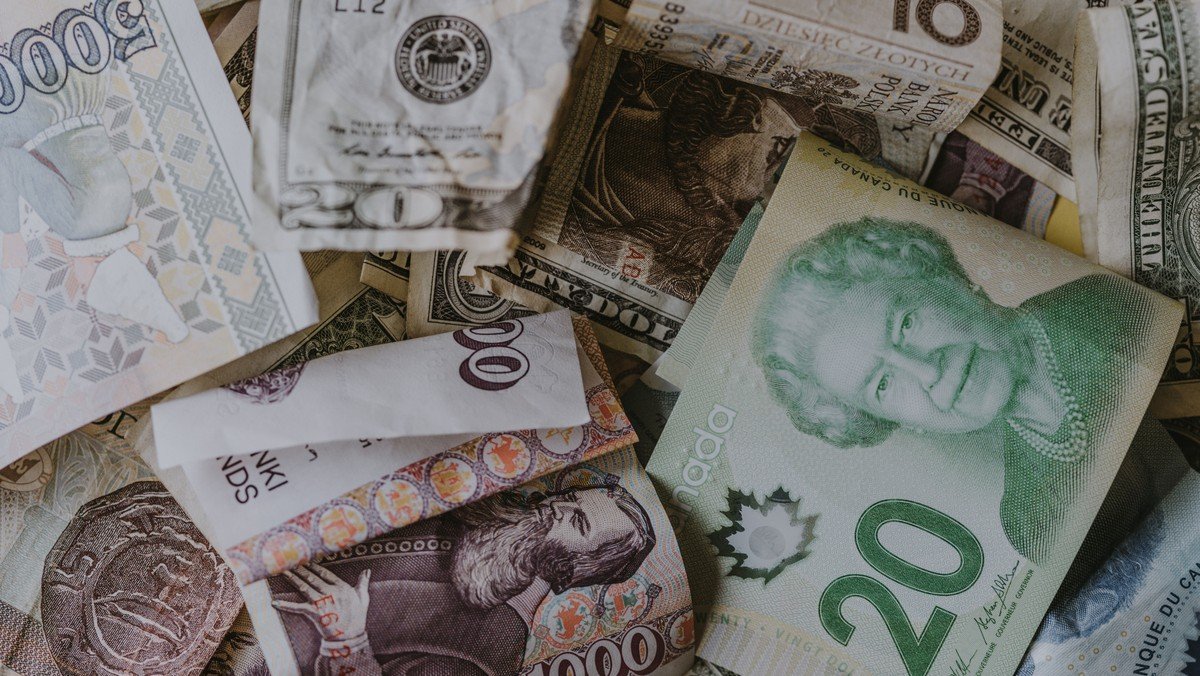 We claim an unusual and even radical faith. One of the most radical things we believe is that the God who created everything is God who actually does stuff. Many who claim to be believers settle for a vague belief that “something must have created all this.” That is profound and wonderful, and it’s a very good start. But that’s not all we’re about here.

What I mean is that God didn’t just do something once and then walk away to watch from a distance. God didn’t cede the ownership of the universe, or responsibility for it, to anyone else. And that includes us. We don’t own the world; the creation stories in Genesis tell us that we are stewards and caretakers of the earth. Furthermore, we are the spiritual descendants of those who first came to understand that God keeps promises and covenants.

We find in the Bible the ancient covenants with Israel, covenants that God consistently upholds and that we repeatedly break. But if this were just a cold business transaction, no doubt God would have terminated the agreement long ago. No, the story goes that God remains faithful no matter how faithless we become.

So what’s the point of a covenant? To come down to our level. To meet us where we are in our faithlessness. Like a parent asking a child to sign an agreement to do chores, the agreement is not the point, and even today’s chores are not the point. The child is not in danger of being fired for dereliction of duty. The purpose is to help the child grow into the habit of doing good works for the sake of the works themselves—not to get a reward out of it.

So we believe in a God who does stuff—who not only began everything but who sustains everything in loving relationship with us. What a wild idea! Yet the more deeply you immerse yourself in the life of a worshiping congregation, hopefully, the easier it is to see evidence of God helping you grow more deeply into a life of love and generosity.

There’s a problem, though. If God didn’t do stuff, then we couldn’t hold God accountable for much. But when we believe God is actually involved, then we have to ask ourselves to what degree. Does God only intervene when absolutely necessary, or frequently and constantly? Is God a laissez-faire manager, or a micromanager?

I’m sure there’s a huge range of opinions on that point, even within this congregation. But today’s reading from Isaiah may disturb us. Isaiah proclaims God’s words:

I form light and create darkness,
I make weal and create woe;
I the Lord do all these things.

In other words, Isaiah claims that God causes both good things and bad things to happen in our lives.

I bet that even those of you who prefer God-as-micromanager are uncomfortable with this idea. Wouldn’t it make more sense for God only to do good things? Couldn’t bad things be Satan’s fault? Or the fault of our own foolishness and fear? Isn’t God actually a loving God, not a God who would wish us harm?

In a TV interview immediately after 9/11, Jerry Falwell blamed the terrorist attacks on “the pagans and the abortionists and the feminists and the gays and the lesbians who are actively trying to make that an alternative lifestyle,”[1] and Pat Robertson said, “I wholeheartedly concur”! In their theology, we do bad things as a nation—bad things as defined exclusively by far-right-wing theocrats, by the way, not by any decent understanding of God’s love—and in response, God kills 3000 people, most of whom weren’t directly involved but just happened to be in the wrong building or on the wrong airplane. The idea isn’t just ludicrous—it’s evil. It doesn’t even take into account the decisions of the terrorists themselves to commit these horrible crimes.

So where did these men get this? Well, to be honest, they got it from knowledge (if not understanding) of the Bible. They read there, just as we do, stories of God punishing entire groups of people for the sins of a few. We don’t get to cut those stories out of the Bible. They also read there, just as we do, stories like the one from Isaiah today, in which a non-Jew, the Persian King Cyrus, conquers the Babylonian oppressors and allows the Jews to return to Jerusalem to rebuild their homeland. For this, Isaiah gives Cyrus the title “anointed”—“Messiah”—half a millennium before Jesus. Wow.

Isaiah attributes major shifts in geopolitics to God acting through people who don’t even believe in the One True God. So why wouldn’t we? How could we limit God’s action to a “still, small voice” inside our individual consciences? Do we not believe that God is capable of acting in major ways? And do we not also assert that God’s actions are mysterious and that we won’t always understand the reasons for them?

Well, sure. But I used Falwell and Robertson as an example of how this belief can so easily go off the rails. They taught their audience that God is an imprecise, capricious, and vengeful punisher, and their claims boosted their TV ratings. It was both irresponsible and selfish. We are not required to agree with Isaiah that God causes bad things to happen. We only need to acknowledge that stories of such things are sacred, so we must wrestle with them. Such stories only make sense if there’s a greater good toward which God is working. And we will never, in this life, fully understand: our understanding will always be subject to revision.

If God is the creator of all things and continues to be intimately involved with us, then every aspect of the human experience belongs in God’s story: political calculations and selfless acts of giving. Personal sins and worldwide trends. Faith and doubt and hope and despair. God is in touch with all of it.

Hold that in your mind as we look again at what just happened in today’s gospel story. Two self-interested political groups, the Pharisees and the Herodians, try to trap Jesus into giving them a useful sound bite for their anti-Jesus attack ads. “Teacher, we know how faithful you are to God’s law! Certainly you can answer this simple but important question. Should we pay taxes, or not?”

The question is both political and ethical. Is it better to lawfully give to Caesar the money that keeps our people in poverty and fuels his expensive empire-building? Or is it better to become a tax dodge and forever avoid law enforcement for the sake of one’s higher principles? The Pharisees want to make Jesus guilty of collaboration. The Herodians want to make Jesus guilty of sedition. Either way, maybe they can get him arrested.

Jesus knows these two groups don’t get along, and he also knows they’re not looking for a good-faith argument. Politics makes strange bedfellows, indeed! But Jesus does have a sound bite for them.

“Hey, anybody got a denarius? Thank you. Now, look at this coin. Whose image is this?”

“Yes, and what does the inscription say?”

“Tiberius Caesar, son of the Divine Augustus.” Huh, look at that. The coin they used to pay taxes asserts that the emperor is the Son of God. That’s idolatry! No wonder Jews didn’t want to use it.

This has to be one of the most genius answers ever given to scheming politicians. Jesus teaches them a theology but empowers them to decide what to do about it.

What does Jesus imply belongs to God? Everything. God oversees all of it, and God doesn’t excise anything from the universe. If Isaiah is to be believed, God will find a way even for terrible things to belong and will ultimately turn everything to a loving, life-giving purpose.

The Jews belong to God, but so does Cyrus. He becomes God’s “messiah” by rescuing the Jews.

The temple belongs to God, but so does the Roman army. And when they destroy the temple four decades later, that destruction will also belong to the story and will come to have larger meaning.

The Pharisees and Herodians belong, and so does Tiberius Caesar. His ruthless empire will crucify Jesus, but we all know that’s not how that story ends. All of these events belong in God’s story, and all of these people belong to God.

TV preachers belong, as do terrorists and their victims. God holds them all. Your joy belongs, and so does your pain. Your successes belong, and so do your failures. We think that the stories of our lives define who we are—but it’s the other way around. Every detail of our lives, no matter how significant or insignificant, points back to God, who knows us, loves us, feeds us, heals us, and comes to be with us. None of this makes sense unless God is not vengeful but overwhelmingly loving—determined not waste any of this pain, but ultimately to redeem it all.

Next time you deal with money—even if your taxes to our American empire have already been paid—ask yourself the question Jesus has prompted. What belongs to God? What belongs to Caesar? When we hold money in our hands—money we’ve earned with our own sweat and that we need to survive—can it be that there is nevertheless some injustice underneath it that needs to be set right?

My family’s household income next year will be at least $85,000. This means that our pledge to Good Shepherd will be more than $8,500. We’re following that ancient standard of a tithe—ten percent—coming right off the top. We step out in faith to say, “I renounce my right to ten percent of this money. There are others who need it more.”

And so we practice generosity and help that generosity to become yet another part of God’s story, the story in which where all people and all situations belong. We are stewards and caretakers of this earth and of all who live on it. What a privilege and a challenge!